There’s no stopping MicroStrategy as it acquires 1,434 more Bitcoin (BTC) |

MicroStrategy, the world’s largest provider of business intelligence software, signed an agreement with Bitcoin Suisse Group Ltd to acquire 1,434 bitcoin (BTC) for a total amount of $4.75 million USD in cash and stock.

MicroStrategy Inc. is an American multinational software corporation that provides enterprise business intelligence and data analysis solutions for large corporations, government agencies and educational institutions. As of December 31, 2017, MicroStrategy had a market capitalization of $2.9 billion. The company was founded in 1987 by Tom Reilly and John Mackey as a spin-off from the University of Chicago’s Booth School of Business to provide a tool for corporate finance departments. 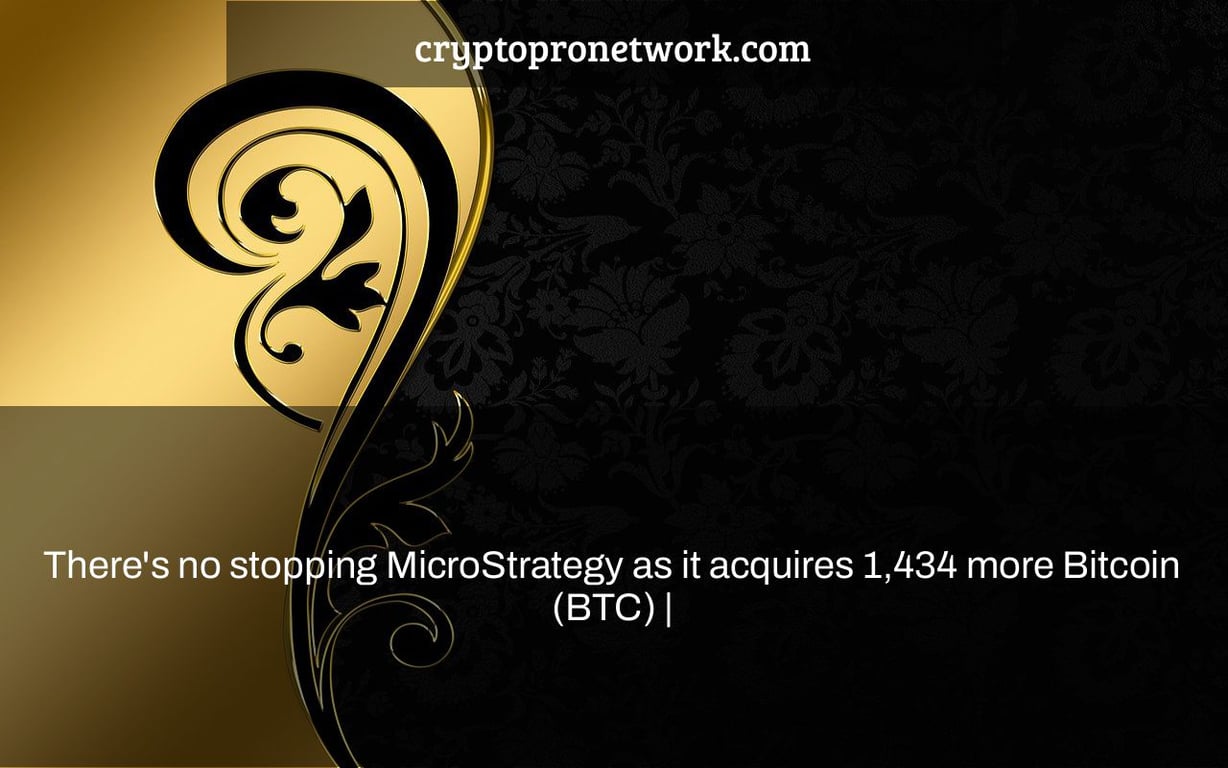 MicroStrategy revealed that it had increased its Bitcoin holdings once again, only a week after acquiring 7,002 BTC. The corporation acquired about 1,434 BTC between November 29th and December 8th, according to the most recent Form 8-K paperwork it filed with the SEC.

MicroStrategy makes a new effort in its attempt to acquire all of Bitcoin.

MicroStrategy spent $82.4 million in cash for the privilege, based on an average Bitcoin price of $57,477. This is a significant rise over last week’s average market price, which only managed to break past the $50,000 barrier for a few hours at a time.

MicroStrategy now has a total of 122,478 Bitcoins in its possession. It paid $3.66 billion for its entire Bitcoin reserve, with an average buying price of roughly $29,861 per Bitcoin.

At press time, the company’s Bitcoin holdings were valued over $6 billion, implying that Michael Saylor’s attempt to amass as much cryptocurrency as possible had almost doubled in value.

While many were taken aback by yet another large acquisition made in less than two weeks, it’s important noting that the corporation didn’t utilize any of its software income or earnings. MicroStrategy reported in its SEC filing that it issued and sold slightly under 120,000 shares for $82.4 million, with an average gross price per share of almost $693.1.

The shares were issued as part of the company’s June Open Market Sale Agreement with Jefferies. MicroStrategy will be able to issue and sell shares of its Class A common stock via Jefferies on a regular basis in order to raise up to $1 billion under the terms of the agreement.