As the cryptocurrency space becomes more mainstream, it’s not just Silicon Valley VCs looking to get in on all the action. Polygon recently launched a $200 million fund with help from Alexis Ohanian’s firm and others. They’re going after social media platforms that are blockchain-powered, so they can be an alternative to Facebook and Twitter…

Alexis Ohanian, co-founder of Reddit and co-founder of the VC firm Initialized Capital, is launching a $200 million fund for Web3 social media. The fund will invest in projects that are “building decentralized applications on top of Ethereum.”

Polygon has teamed up with Seven Seven Six to launch a $200 million program to support Web3 social media initiatives.

Polygon is pouring a lot of money into Web3.

Polygon announced the initiative on Friday, saying it was designed to encourage projects that looked into better methods for people to connect online. By partnering with a venture company with a varied and highly successful portfolio, it will be able to identify and invest in initiatives that are on the verge of breaking into the forefront of Web3.

“In recent years, it has become clear that social media business strategies have a significant influence on our world. “With Web3, people generate value, govern the network, and enjoy the benefits,” stated Polygon co-founder Sandeep Naiwal.

A better form of social media is feasible with the future of Web3. A future in which we empower artists and users on the platform and make the internet a better place for people to connect

This is why we’re partnering with @0xPolygon on a $200 million effort.

Alexis Ohanian, who co-founded Reddit in 2005, formed the venture business. Ohanian ran Reddit for nearly a decade until stepping down in 2020, with an eye for cutting-edge social media trends. Coinbase, Instacart, and Patreon were among the most successful internet businesses in the previous decade, and he was a seed investor in each of them.

“We’re still in the early days of Web3,” Ohanian said, “and the most apparent potential right now are gaming and social.” “With an emphasis on gaming assets and social media platforms built on Polygon’s scalable infrastructure, this endeavor will achieve precisely that.” We’ve already seen some of our portfolio’s top product entrepreneurs start creating on Polygon, and I’m looking forward to Seven Seven Six and Polygon helping to shape the future of the internet.”

Alexis Ohanian, the co-founder of Reddit and co-founder at Initialized Capital, announced today that his VC firm has launched a $200 million fund for Web3 social media. The fund will be focused on decentralized apps and blockchain startups. Reference: solana reddit.

Travala : An Easy Way To Plan Your Travel With Crypto 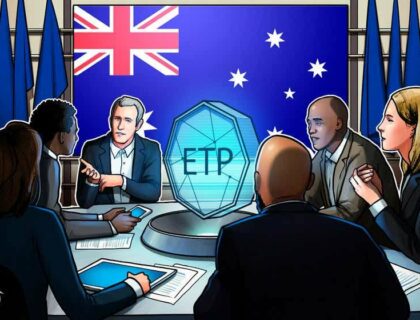